Cascadia Weekly – ‘An Appointment with Art’ by Amy Kepferle 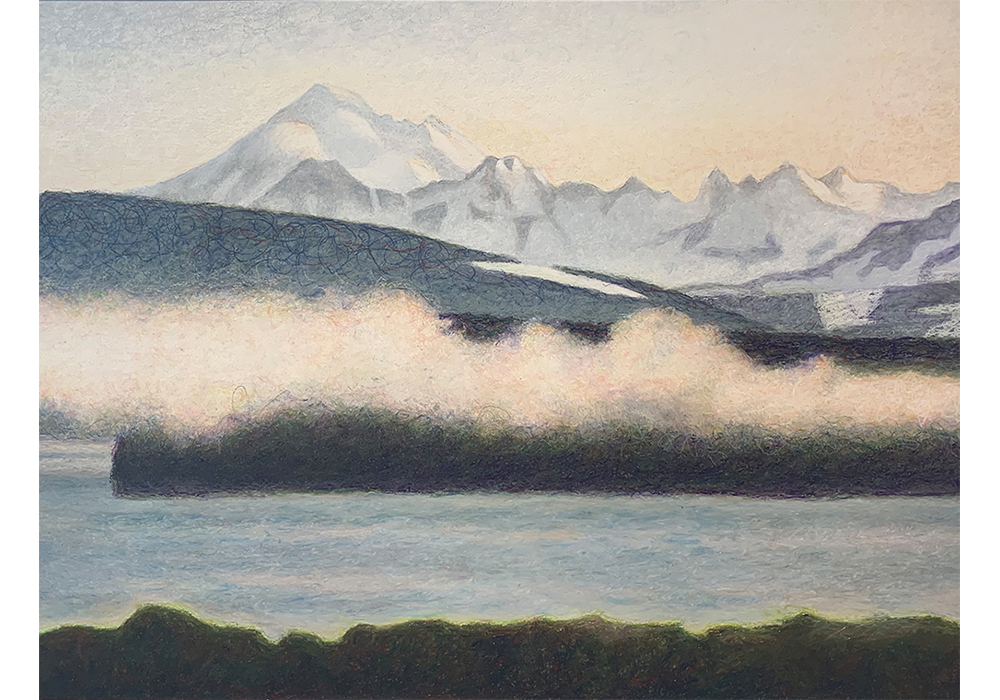 Cascadia Weekly - 'An Appointment with Art' by Amy Kepferle

I’d made plans to meet with artist Todd Horton at his Bow-based studio on Blanchard Road to purchase an ethereal painting of a heron in flight, but what I assumed would be a quick exchange of cash for art turned into a two-hour tour not only of Horton’s wildly productive creative lair, but also that of Altility, metal magician Aaron Loveitt’s growing gallery and work space just up the road.

Some of what I learned during the (masked and socially distanced) conversation about a collaboration between the friends will be revealed in an upcoming issue of this publication—due to the coronavirus crisis, the duo is hesitant to set exhibit details in stone just yet—but another big takeaway from the rare day trip was realizing how many artists and galleries throughout the area are adapting to the times in order to stay engaged and relevant during the vagaries of a global pandemic.

Just up the road from Horton’s and Loveitt’s headquarters, a couple of visually focused venues provide good examples of what I’m talking about—Smith & Vallee Gallery and i.e. gallery. They’re both in Edison, to which my date and I decamped soon after leaving Bow in order to quell our lunchtime hunger with to-go orders of clam strips and fish and chips from the Old Edison Inn, which had reopened for takeout just a few days before.

As we waited for our seafood selections, a short stroll down Edison’s main street confirmed that while neither gallery has flung its doors open to the public yet, both are open by appointment if you live relatively nearby and are willing to don a mask to stay safe while you peruse the art on display.

At Smith & Vallee, those entering the former schoolhouse will see a new exhibit of landscape-focused works by painters Jennifer Eaton White and Kathleen Faulkner (her painting, “The Source,” is pictured here) that opened June 1 in the main gallery and will hang throughout the month, as well as a show with painter Evelyn Woods and sculptor Fred Birchman in the smaller Flex Gallery.

Those who can’t make it in person won’t be out of the loop, as most of the works in the exhibits—along with a plethora of other pieces by regional artists—can be viewed and purchased on the gallery’s recently upgraded website. Smith & Vallee’s Facebook and Instagram pages also feature studio tour videos and images focusing on painters and sculptors they represent, links to articles about past shows, information about new artists they’re excited to debut, and talks by those who endeavor to bring their various visions to life.

Their efforts are paying off, as they recently noted on their Facebook page. “We find ourselves grateful as ever for those of you who have continued to support our gallery through online purchases, notes of encouragement, and photos and reflections of works in progress from our ever-industrious artists. We miss you all dearly.”

Nearby, i.e. gallery is continuing an exhibit by Orcas Island-based painter Mark Aronson and Whidbey Island’s Mike Scott, who, with the help of a lathe, transforms burls from maple and madrona trees into organic sculptures dictated by the wood’s natural shape. All of the works in the exhibit are on i.e.‘s website, as is a seven-minute tour of the show, and a longer talk by Scott, a native of Oxford, England, who’s called the Pacific Northwest home for the past decade.

In another move prompted by the changing times, the gallery recently announced they’ve set up their own YouTube channel called i.e. presents.

“It is an ideal platform to view interviews, talks and video tours of exhibits, especially in this time of social distancing,” they say. “Sometimes our artists have worked two or three years or more on a body of work that is scheduled to be shown for a month here at the gallery. We are moving back our dates for a month or so to ensure that the artists get the real live exposure they deserve and also making the exhibits and talks available virtually.”

While seeing art in person is preferable to viewing it on a screen—something I confirmed when I picked up “A Sunlit Flight” from Horton and discovered nuances I hadn’t been able to detect when he messaged me a photograph of the piece—it may well be these types of adaptations that keep creators and venues afloat for now. That said, if you have the opportunity to make an appointment with art, don’t be late.