Born in a green International pick-up on Route-66 in front of the Canyon Gun Shop, Peregrine O’Gormley began life on the road. From the beginning his name has held true to its meaning—Peregrine: One who journeys; traveler; seeker. Additionally, his namesake, the Peregrine Falcon, has tied him inexorably to the beauty and vitality of the natural world and its beloved living forms.

He spent his first 18 years growing up on 40 acres in the secluded valley of Juan Thomas, at 7,200 ft elevation in the mountains of central New Mexico. There his eyes were continually trained on the details of the fossils, plants, and animals surrounding him. The only physical boundaries in this landscape were the cattle fences, which quickly became no boundary at all… His childhood was filled with long wanderings and wild adventures alone or with family friends in the surrounding woods and meadows of the greater valley. Home was a feeling of freedom and safety, the awareness of the constant presence of the gentle expanse of the land acting nearly as an additional parent… a teacher, and mentor. Regularly climbing the 50 ft ponderosa tree out front of his family home from the age of five years old, granted him a strong sense of connection, presence and the importance of thoughtful movement. From his early visits to Canada and Alaska, Peregrine gained a deep appreciation for Northwest art and was enthralled with the breathtaking landscape, its wildlife, and origin myths. O’Gormley received a degree in biology from Colorado College, where he met his future wife Laurel O’Keefe-Crow.

In 2006, after their share of world travel they moved to La Conner, in northwestern Washington. They married and now live on a lovely property overlooking the Puget Sound, with their three children, Osha, Ever, and Galax. Peregrine works from his home studio, sculpting nearly all of his original work from wood. With many of the wood originals, he takes latex molds to produce bronze editions. Peregrine collects much of the wood he works with in the immediate surroundings, all of it either fallen or driftwood. Juniper, Western Red Cedar, Maple and Yew are his local favorites. On annual trips to British Columbia, he collects Alaskan Yellow Cedar, which dear friends gather for him off the beach near their home in the Georgia Straight. The tree that it once was, its scents, the feel of a sharp blade pushing through its grain, its individual peculiarities, and unique living histories elicit Peregrine’s love of wood. His father passed on to him a deep reverence for the natural world, and a joy in being witness to its beauty. These, his father also tempered with serious concern for its well-being. As a species we are at a critically decisive moment in history as we watch and influence the unfolding of profound changes to our global ecology. 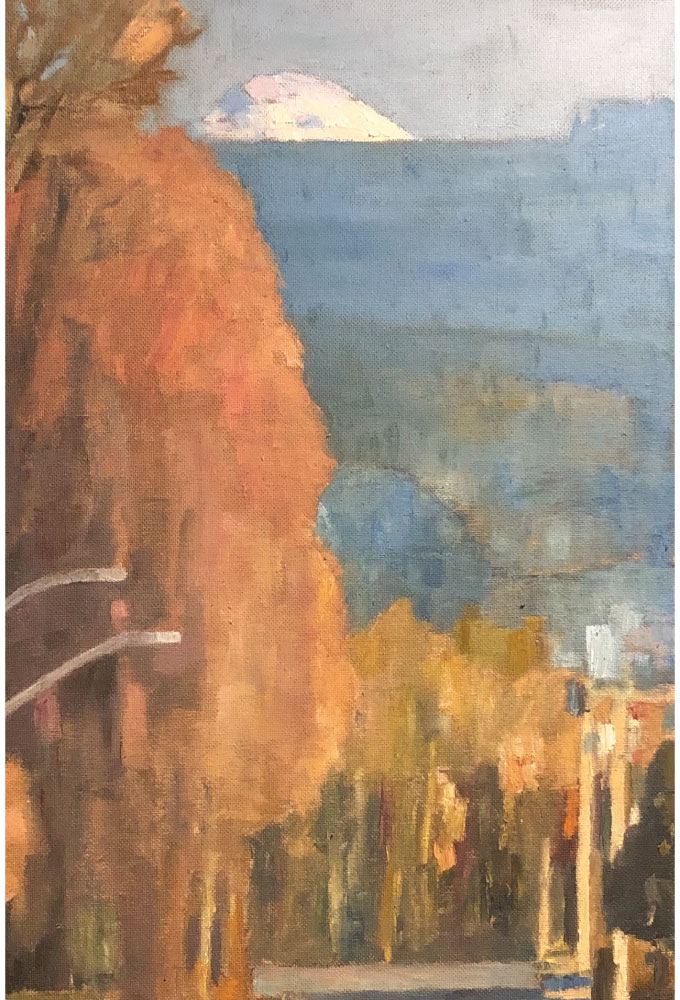